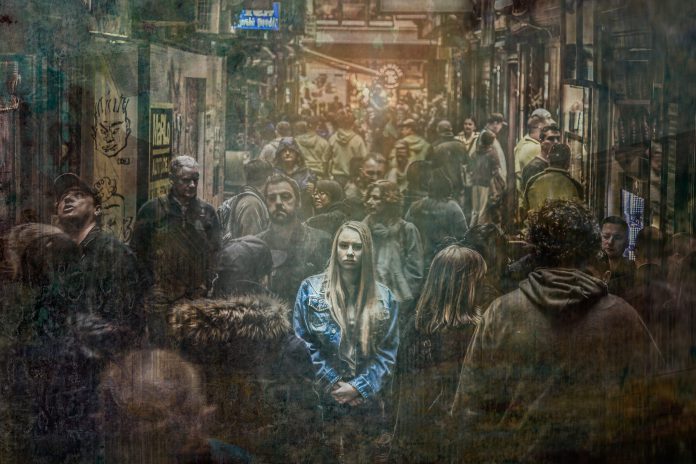 A more secure and advanced method of sharing.

Push a button to broadcast.

Now the device is pulsing out to the world that it is available: it’s “discoverable.” If a nearby device is on the same frequency, both trade a series of keys allowing them to initiate the pairing process.  They are encrypted to be sufficiently complicated to limit errors and yet simple enough to be carried out in an instant. In the more advanced versions of this technology, the sets broadcasting their signal run algorithms that randomly iterate through recent topics in culture and the news until they happen to find a match.  Depending on the software, the pairing process can include a super advanced paraphrasing algorithm that actually summarizes the content of the topics; a certain number of keywords that were generated by each of the devices individually must match. This process is called “agreeing”. After the initial paring, the programming gets complicated.  As a final measure, a sequence of pre-programmed security questions initializes. These questions allow each of the devices to let down their firewalls and sync. Now they are paired. Their actions directly affect the other through the ether between them. They use voice commands to increase something called “heart rate” and “levels of serotonin.”  Using physical interactive hardware they can vibrate the air to push “blood” through the other’s “veins”. With simple gestures, the devices can make each other feel complete.

There are still drawbacks.  If the distance between the two increases or the software on one device changes, the link can falter.  It’s common to have errors in signals where the gestures are not recognized; the voice commands do not elicit a response.  In some cases they just lose enough charge for the signal and it fades away completely.

The Diary of Priscilla Pernilla