Every one of us has been guilty of assuming the simple answer is the correct one, or that there are only two options to choose from and one must be right. Currently, it seems like either:

The bitter pill to swallow is that the truth in all cases is a combination of multiple perspectives, and that if we want to work towards an objective truth we must be willing to part with our position (at least temporarily) and consider the best of both sides. Even as I write this, I am consuming the latest political news and still find it hard to entertain the merits of each side’s arguments. It is a never-ending process, but a necessary and extremely valuable one if we are to forge on and improve society.

After rereading Freakonomics: A Rogue Economist Explores the Hidden Side of Everything, I’ve been reminded of two truths that are essential to know in this age of information and we’ll be exploring them in this article:

The world is a wild and complicated place that most of us misunderstand at first blush. Most current events that occupy our minds, such as crime, are oversimplified in regards to their causes. This is because we need closure and don’t want to use the energy required to explore complicated scenarios. As Jonathan Gottschall mentioned in The Storytelling Animal, “The human mind is tuned to detect patterns, and it is biased toward false positives rather than false negatives,” meaning that we default to taking easily accessible information and drawing conclusions from it even if it is likely incorrect (103).

The authors of Freakonomics put in significant effort to overcome this bias by “exploring the hidden side of everything,” and if we want to advance from “my truth” to “the truth” on a given subject we should work to develop this habit. While the book is filled with examples of unexpected relationships between events, the one that made my jaw drop was with respect to why crime in the US dropped in the 1990’s.

In the 90’s, crime was rampant and the only difference in the predictions of how the rest of the decade would go was not if it would get worse, but by how much. What astonished everyone was that crime decreased significantly. So now everyone that predicted it would get worse already had an answer as to why it decreased, attributing the reduction in crime to some recent effort to curb crime (e.g. increased policing). Again, they were all wrong.

The real reason crime dropped so significantly was due to abortion being legalized in 1973 as a result of the Roe v. Wade court case. As the authors described:

“Decades of studies have shown that a child born into an adverse family environment is far more likely than other children to become a criminal. And the millions of women most likely to have an abortion in the wake of Roe v. Wade – poor, unmarried, and teenage mothers for whom illegal abortions had been too expensive or too hard to get – were often models of adversity. They were the very women whose children, if born, would have been much more likely than average to become criminals.” (6)

And as these children that weren’t born would have been entering their criminal primes in the 90’s to deliver the predicted crime wave, instead crime decreased because they did not exist.

Please note that this example is NOT meant to argue for or against abortion, but rather to show how a seemingly unrelated and distant cause could drive such a dramatic effect. Put in other words, simply “because two things are correlated does not mean that one causes the other” (10). Using the previous example, the decline of crime in the 90’s correlated with enhanced policing efforts, but as we saw this was not the cause of the decline in crime.

It is truly a superpower to be able to honestly weigh the merits of multiple options, especially since we tend to quickly prefer one over the others. But when I find it difficult to move away from the comfort of my initial preference, I recall how incentives influenced those who provided me with the information, which gives me the motivation to test my belief through the lens of others.

What’s in it for them?

In obvious cases, we are all aware that incentives drive the experts that we interact with. The easiest example of this is how we perceive the stereotypical car salesman; willing to say anything to sell you a car. We are well aware that their incentive is to sell us a car quickly so they can make money and that, because of this, we shouldn’t immediately believe everything they tell us.

The same is true for experts of all kinds. Although the incentives are more subtle for some, all “experts are human, and humans respond to incentives. How any given expert treats you, therefore, will depend on how that expert’s incentives are set up” (7).

Don’t get me wrong, this information isn’t meant to make you distrust all experts, but to help you realize that they do not have your 100% best interests in mind and that understanding their incentives will let you know if they are 95% or 10% aligned with your interests. Freakonomics provides a great example of this through observing how real estate agents approach selling their own home versus that of their clients. An excerpt from Freakonomics detailing their analysis approach and results are as follows:

“Using the data from the sales of … 100,000 Chicago homes, and controlling for any number of variables – location, age and quality of the house, aesthetics, and so on – it turns out that a real-estate agent keeps her own home on the market an average of ten days longer and sells it for an extra 3-plus percent, or $10,000 on a $300,000 house. When she sells her own house, an agent holds out for the best offer; when she sells yours, she pushes you to take the first decent offer that comes along. Like a stockbroker churning commissions, she wants to make deals and make them fast. Why not? Her share of a better offer – $150 – is too puny an incentive to encourage her to do otherwise.”

Although the agent’s interests were mostly aligned with the seller’s, when it came time to put in additional effort that would primarily benefit the seller, the agent’s true incentives revealed themselves. I love this example because the incentives aren’t obvious with most experts and they may appear to have our best interests in mind (and may believe it themselves as well). However, all experts are driven by incentives and if your interaction with them is going to result in a significant impact on your life make sure to consider their incentives before making a final decision. Whether it relates to a large financial investment or repeated small investments in your perception of the world (e.g. daily news), consider “what’s in it for them?” before deciding that what experts are telling you is 100% true.

In this age of information, opposing views often have a gravity to them that pulls people to one side or the other. Each side is riddled with emotionally charged stances while also containing fragments of the truth. One of my favorite quotes from the book is that “when moral posturing is replaced by an honest assessment of the data, the result is often a new, surprising insight” (13).

The fact that we have experts trying to persuade us to one side or another is actually a blessing in disguise. Since they have opposing incentives, if they both share the same information it is much more likely that it is an objective fact we can believe in. It’s not easy to consider the opposite of our views, but in doing so we will inevitably come to understand the topic much better and allow for civil, constructive conversation which is the foundation for creating a better world. 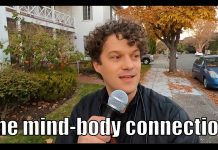 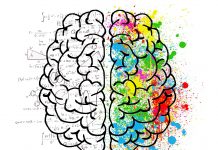